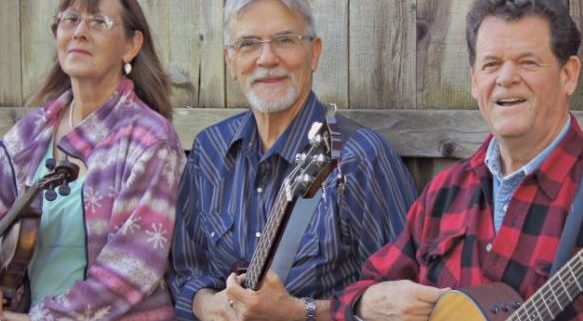 Hooper & Lawrence is an acoustic trio whose style is Americana; incorporating folk, country, bluegrass, and blues, and serving up a personal brand of original and cover material. Formed in 2013, they have had decades of performing experience individually and together. Dave Hooper (guitar, harmonica, vocals) is an award winning songwriter from Los Angeles, who has lived and performed music in Europe, Nashville, and Austin, and has released eight albums of original songs. Dan Sloss (guitar, bass, accordion,keyboards, vocals) originally from Bakersfield, has been performing in stylistically different bands in the North Bay for four decades. Alice Fitzwater (violin, viola, mandolin, vocals), born and raised in Santa Rosa, is a champion fiddler and in-demand session player, classically trained, but a fan of too many styles to list. Alice is also a member of the popular “Foxes In The Henhouse” group.